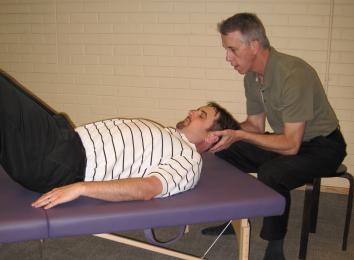 What is the Feldenkrais® Method?

The Feldenkrais Method is a form of somatic education that uses gentle movement and directed attention to improve movement and enhance human functioning. Through this Method, you can increase your ease and range of motion, improve your ﬂexibility and coordination, and rediscover your innate capacity for graceful, efﬁcient movement. The improvements will often generalize to enhance functioning in other aspects of your life.
The Feldenkrais Method is based on principles of physics, biomechanics and an empirical understanding of learning and human development. By expanding the self-image through movement sequences that bring attention to the parts of the self that are out of awareness, the method enables you to include more of yourself in your functioning movements. Students become more aware of their habitual neuromuscular patterns and rigidities and expand options of new ways of moving. By increasing sensitivity the Feldenkrais Method assists you to live your life more fully, efﬁciently and comfortably. The improvement of physical functioning is not necessarily an end in itself. Such improvement is based on developing a broader functional awareness which is often a gateway to more generalized enhancements of physical functioning in the context of your environment and life.

Call for A Free Consultation

Have a question? I would love to hear from you.